Last week I was substitute teaching at a middle school.  Part of the assignment was to teach French to three classes, which is by no means my forte.  I did manage to come up with this awesome lesson that of course included a little bit of art.

After doing a lesson on describing what someone looks like-are they petite/small, grand/tall, beau/handsome, etc.  I decided to teach the students about the famous French artist Claude Monet and how he drew caricatures to describe someone's personality or physical appearance.

I started by telling the students how Claude Monet became well known for drawing caricatures when he was just a teenager.  The word caricature means a "loaded portrait" and involves exaggerating or simplifying the features of the person.  For this lesson we specifically looked at Monet's caricature of Jules Didier, where he exaggerates Didier's portrait by portraying him as a butterfly man.  The class then discussed how you could use an animal to describe a person's personality traits, i.e. a sloth for someone who is lazy.

I had the students create their own caricatures, combining someone they know with an animal that reflected an aspect of that person's personality.  After drawing their caricatures, one student would offer to have the rest of the class guess what animal they used, by giving us clues.  Students who wanted to guess had to say the animal in French, and then the entire class would repeat to practise this new vocabulary.  The students really got into the drawing and the guessing game.  Most of the students wanted to keep their drawings, but below are a couple of examples of caricatures that students let me keep. 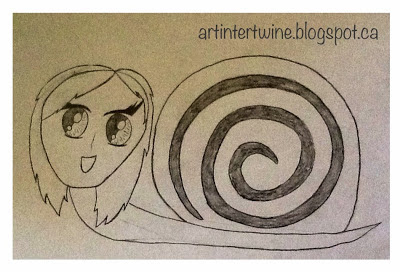 Here is the list of animals that I gave the students to choose from:

Make sure to present this lesson with the caveat that if a student wants to draw a caricature of someone else in the class they need permission from that person. 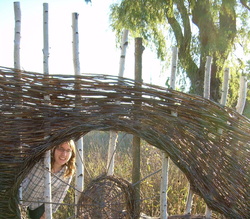